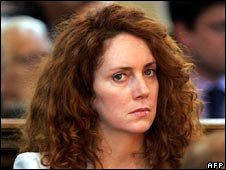 I love Stockholm. It’s hard not to.

One of the most beautiful, cleanest and safest cities in the world, it has everything you could ask for.

It’s a brilliant place to raise a family too, and having lived there for 12 years I can easily see myself living there for 12 more.

But it’s not Dublin, and for me nowhere in the world beats our dirty Victorian gem of a city when the sun shines down upon it.

The smiles of people on Grafton Street and O’Connell Bridge yesterday afternoon only served to brighten a lovely summer afternoon, and for a few brief hours before the clouds closed in all was well with the world.

But if you looked a little closer, as far as the boardwalk that runs either side of O’Connell Bridge, you could see that evidence that all is not well. For many, it’s getting worse.

Since I arrived, it’s been hard not to notice the rise in the number of broken people begging around the boardwalk, drinking strong cider or just sitting there in a methadone trance.

Where once one or two of them would huddle on Eden Quay, now they spill out onto the pavement as large groups congregate.

Over in Temple Bar they ask tourists and residents alike for spare change, hoping to scrape together a few euro to replace the can of beer that some cruel culchie Garda just poured down the drain in front of them.

The queue outside the Focus office, which offers them advice and help and tea, is long. The junkies and the drunks aren’t known for their patience.

What is obvious from the queue is that the resources once devoted to dealing with Dublin’s previously rampant heroin problem are no more. When we talk about “austerity” we are talking about these people, for they are first in the firing line. Junkies don’t vote.

They are closely followed by the elderly, the sick and the children with special needs, all easy targets with no voice of their own, and no lobby powerful enough to speak on their behalf.

When we talk about a “bailout”, these people are not the recipients of it; they are the the ones paying for it, sometimes with their lives, always with their dignity.

There is no doubt that the Brethern (as poet Pat Ingoldsby calls our friends with addiction issues) have contributed massively to their own demise, but that is no less of a reason to help them.

After all, we seem to have no issue helping those whose addictions to money destroyed our country.

We have no problem excusing those whose addiction to votes has destroyed our faith in democracy.

And we have no problem believing those that are addicted to power when they tell us there is no other way than the path they have chosen for us.

There is another way, and it starts not with those in negative equity or unemployed. It starts with the children and the elderly and the junkies  and the drunks whose very lives depend on the rest of us getting our act together and telling the rest of the world that we’d sooner help the drug addicts than the money addicts or the power addicts.