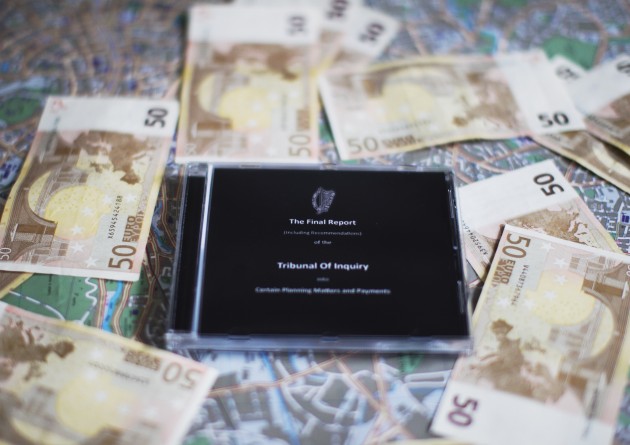 It didn’t take long for it all to become clear. Fianna Fail is not going to disband.

Instead, a party riddled with corruption and lies intends to spin their way out of this one, and it has already begun.

The Fianna Fail party leader had an extra couple of flash cards up his sleeve. On one of them was the death sentence for the political career of one Patrick Bartholomew Ahern.

What was most telling about that was the fact that it came approximately fifteen years too late.

Despite his efforts to the contrary, Martin hasn’t just arrived in politics. Lest we forget – he sat around the cabinet table when Ahern was making the short journey to Dublin Castle to convince them that he didn’t have a bank account and that he won his money on the horses.

(Read that last sentence again – it drips with the contempt that Fianna Fail have for the Irish people).

The Mahon tribunal has found that he was “untruthful”.

Which is a nice way of saying he lied.

The trouble is that we all knew that; Micheal Martin did too, but it took until now for him and his party to take action.

Nor is the idea that the 50,000 ordinary, allegedly decent people didn’t know that Bertie lied – a damning indictment of our democracy. They and others kept electing Bertie and Fianna Fail, despite the fact that the dogs in the street knew that Flynn was corrupt and the rest were liars.

Democracy as practiced in Ireland is essentially a moral choice of the lesser of two evils. We tolerate Sinn Féin, despite the fact that many members have a past that has not been fully disclosed or atoned for.

We tolerate a Labour party that saves its most savage actions for the working class it is supposed to represent.

The 50,000 not-so-decent people – who recently gave spivs like Cowen an ovation at their Ard Fheis – are not alone.

There are over four million of us in this republic, and the overwhelming sound this morning should be that of us all getting down of our high horses to have a good look at our democracy. They committed the crimes, but we facilitated them and enabled them.

Even now, we allow them to walk free and sleep in their own beds.

We either accept that this is the way we are, or we embrace change. Either way, none of us can plead ignorance any longer.