The outcome of the debate, and with it the referendum, are irrelevant.

The ESM is essentially a mechanism designed to save the euro; alas, events have in Greece and Spain have overtaken it, and it is now not worth the paper a Yes or No poster is printed on.

Quite simply, it no longer adds up – if it ever did.

Should there be a run on Spain’s and/or Italy’s banks and a bailout of either or both is needed, the cupboard will be bare when Ireland returns for its inevitable second bailout.

No Yes vote in the world will bring stability to that situation; in fact, the only thing that can bring stability in that situation is massive blood-letting from investors who, faced with the bankruptcy of Europe and the end of the European project as we know it, would finally be forced to realise the risks we have until now taken on their behalf.

For the most important question in this referendum is not a new one; it has simply been posed to the wrong side thus far in the debate.

Once all this is done, where will the money come from when the Spanish and Italian banks have hoovered up every available cent?

Once again, events have overtaken our lumbering democracy and our slow-witted politicians, whose lemming-like inability to understand the situation puts the European and global economies in clear and present danger.

The ESM is no magic bullet. Even if it was, it is nowhere near capable of bringing down the runaway beast that is Europe’s debt problem.

For over three years governments have tried and failed to put a sticking-plaster of austerity on the gaping wound of bank debt, and they are still stunned that it doesn’t seem to be working.

What is needed now is to do the unthinkable and embrace a very radical solution that will bring this crisis to a shuddering halt and let us get on with recovery. That solution would be to let banks fail, write down sovereign debts that have been taken on in an attempt to save them, and let states make an organised exit from the euro if they wish.

Not only is the ESM not the radical solution that is needed, it’s no longer any sort of solution at all. 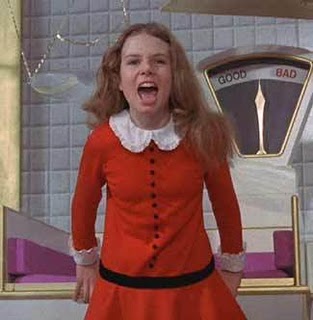 It’s been a busy few weeks, not least in every nook and cranny of the perfect political storm that Ireland has evolved into. I’ve been working around the clock, but when Jack Murray invited me to attend the Media Future Conference in Dublin I got on a plane.

It was a fabulous event, full of inspiration and innovation; it was also a practical example of the broad range of skills that Jack and his team possess.

It was a great idea, well-executed, and the one word that kept cropping up when I tried to evaluate it was ‘simplicity’.

There was so much common sense spoken during the event that it made you want to rush out of the room and strip everything you do back to the bare bones of what matters, what resonates, what generates content and context and ideas and revenue.

Unless you were Seán Gallagher.

Forget the social media tale, Seán was the marquee name.

Everyone wanted to hear about the tweet and the consequences and the race to the Aras. But if this was to be the first step in his public rehabilitation, it fell some way short, and why?

Because it lacked simplicity.

The interview by Jack was not so much a chat as a Gallagher diatribe, and it was a complex beast – he battered Sinn Féin and RTE with barely-concealed, well-prepared glee, and he repeated much of the material about his businesses and his youth work that formed the basis of his campaign.

That campaign was a very careful, cunning construct, in that it erased Gallagher’s past as a bag man for Fianna Fáil and pitched him as an independent instead.

What was new – and appalling opportunistic – was his shoehorning himself in alongside Father Kevin Reynolds, the priest libeled by the Prime Time Investigates program.

There is simply no comparison between the two.

Gallagher complained that RTE ignored his requests for meetings and claimed to be “gobsmacked by their arrogance,” without ever wondering why that might be so.

Could it have been that legal action was threatened or mentioned? Or that it would be imprudent to preclude the BAI investigation? Could it be that, with the Fianna Fail cat out of the bag, Gallagher knew he was done for?

RTE are an easy target at the moment – the Prime Time libel was utterly indefensible, but for Gallagher to come in on its coat-tails is risible, and no amount of massaging of the narrative can change that.

What killed his campaign was not the tweet – it was the fact that, like a game of Cluedo played out on social media, Gallagher was placed in Hugh Morgan’s farmyard, with the envelope, and a cheque for Fianna Fáil.

Gallagher claimed, and not for the first time, that he never got negative; again, the narrative is being massaged.

As soon as the €5000 donation was brought up during the campaign he went on the offensive, immediately referring – unprompted – to Morgan as “a convicted fuel smuggler.”

He denied knowing Morgan, but seemed to know him well enough to invite him to an event in return for five grand for Fianna Fail.

He clearly knew this was coming, but somehow he hadn’t prepared an adequate defence.

Alas, he refused to answer Jack’s questions about what had happened that morning when Gallagher was tipped off about the coming attack.

His attitude towards McGuinness, businesswoman Glenna Lynch and Hugh Morgan was venomous, and it was that venom which caused his presidential facade – and his vote – to collapse.

It struck me at the time, and I told Jack afterwards, that it would have been better to have someone else interview Seán, someone not as intimately involved in the campaign as Jack was. SOmeone who would ask the hard questions.

But Gallagher was never going to answer the hard questions, so in hindsight it was almost more revealing that, given a free run, Gallagher chose to over-egg the omelet of his own victimhood. Again, his past in Fianna Fail went virtually unmentioned. But not unnoticed.

The former presidential candidate was whisked in and out of the building to take part in the conference, which was a shame.

Had he stuck around and attended some of the excellent workshops, he might have learned something – such as the value of keeping it very simple and owning up to your mistakes.