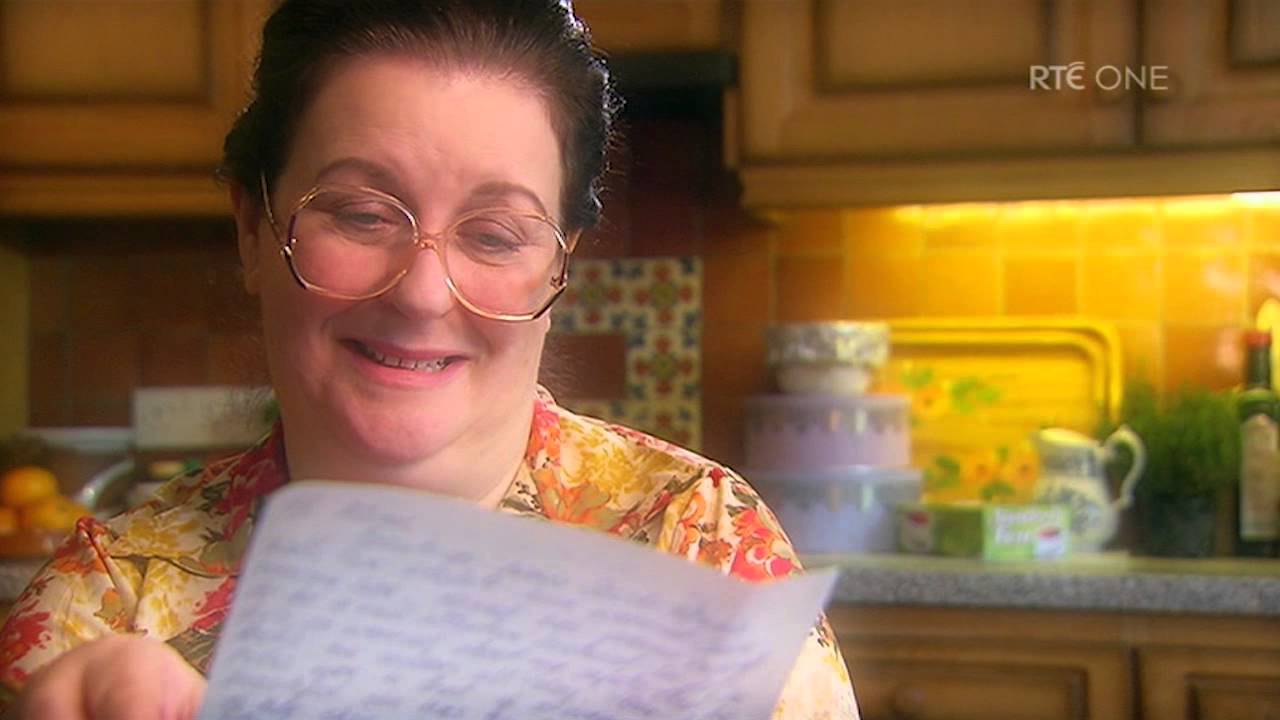 “Would you like another cup of austeri-tea their pet…?”

When is an adult not an adult?

When they are Irish, and made to depend on their parents until the age of 25.

When I moved to Sweden, I discovered an almost unseemly haste when it comes to parents getting their fledglings to fly the nest.

To ensure the chance of a decent rental apartment when they get older, children are put on housing lists as infants.

As soon as they’re finished school, the lists are perused. Trips to IKEA are booked. Unless you’ve a very good reason, you’ll be made to fly the nest reasonably quickly.

Yesterday’s Irish budget reinforced one of the more backward national notions – that your children are your children, even when they are adults.

For those under 24, their entitlement to unemployment assistance has now effectively been cut to €100 a week.

If they can’t afford to live on that, their only other viable alternative is to stay at home – or move back there, as the state insists on continuing to treat adults as children. And problem children at that.

Probably the greatest disappointment in this (or any other) government, social protection minister Joan Burton says that the worst start for any young person is to wind up on the dole.

Because a young person who has come out of school, gotten a job and paid PRSI – an insurance premium – for three or four years is no longer entitled to equal treatment if they do become unemployed.

Instead, they become prey for the odious Jobbridge scheme, exploited by many employers for cheap Labour. This will give them an extra €50 a week – or an effective hourly wage of €3.80 per hour, in a country where the minimum wage is ostensibly €8.65 an hour.

In the boomtime, the mammies and daddies signed the guarantees to get their children on the property ladder.

Now, with their properties worth less than nothing, they are asked to take back their children, not because they failed, but because their country failed them.

It is a skewed system that addresses the problem of youth unemployment by hiding it in our childhood bedrooms.

By mammies taking their children back, we are hiding the true extent of Ireland’s youth employment problem.

We are once again telling them that the government cannot create an economy where they can be self-reliant, nor can they rely on the state. It is family, or nothing.

Given the national shame of entering the bailout, we should be acutely aware of what it means to be dependent on others, and seek to avoid putting our young people – those who eventually be paying our pensions – in the same position.

Rather than forcing families to accept responsibility for the failure of the state, it’s time for the government to cut the apron strings of mammynomics and start behaving like adults, and treating young adults as … well, adults.

Because we cannot ask our young people to behave like adults when we continue to treat them as children.

As if it wasn’t bad enough that media training now removes every sliver of interest from the comments of most players and coaches, the increasing lack of access means we soon won’t be allowed to talk to them at all.

This week I decided that, rather than covering the Swedish team that was preparing for two vital World Cup qualifiers on my doorstep, I’d take an overnight train to Denmark.

The reason for doing so is simple – the Danish media setup gives me – and by extension everyone who reads what I write – better insight into their team.

That’s not to say I didn’t follow the Swedish team’s preparations closely. Having had an interview request turned down (again) by Zlatan’s agent, I watched the press conferences live online as the usual non-sequiturs were trotted out.

By not being there, I didn’t miss anything – but had I not gone to Helsingoer on the Danish coast I would have missed a whole lot.

At precisely 0915 on Wednesday morning, every player in the squad made his way through the hotel lobby, where the press corps had assembled with their cameras and microphones.

There were no crash barriers, no ropes, no sinister men with earpieces wandering around.

“Just grab whoever you want and talk to them,” said Lars Berendt, press secretary to the Danish FA.

There were no subjects that were off-limits – the Danish FA seems to have taken a remarkable policy decision to let adults talk freely among themselves.

I took Lars at his word, and first up was Christian Eriksen, Denmark’s playmaker and a recent signing for Tottenham Hotspur.

Christian knows how to play the media game, mixing bland comments like “it’s all about the three points” with quips about Daniel Agger being top scorer only because he takes the penalties.

In amongst all this was some interesting things about how Denmark were actually creating a lot of chances, but not scoring, and that without rectifying this they wouldn’t be going to the World Cup.

Next up was Nicklas Bendtner, Denmark’s equivalent to Zlatan in terms of media profile and no stranger to both positive and negative headlines.

I’ve interviewed Nicklas before, but his first reaction when you speak English to him is to always expect a stitch-up. “Is this about the national team?” he asked as he trailed me across the lobby to where I had parked my camera. “Yes,” I answered, meaning it for once.

The mistake we often make as journalists is to treat the people we interview as demi-gods, putting them up on pedestals and then complaining when they behave like divas and refuse to lower themselves to speak to us.

To me they are no different (except perhaps in terms of bank balance) to someone you’d  do a vox pop on the street with.

Nicklas took the mickey out of my camera tripod being too small, and I hit back with it being big enough for Eriksen and Tom Cruise. The ice broken, we got on with our respective jobs.

What followed was an enjoyable interview that addressed his return to the national side after a six-month ban for drink-driving, Denmark’s problems scoring goals without him and whether or not he had anything to prove to Italian fans after a goalless loan spell of his own at Juventus.

Bendtner answered as he always does – confidently, clearly, sometimes deflecting the question but never backing down from it.

To cap it all off, I interviewed Daniel Agger, who was much the same as Bendtner – straight answers to straight questions, even about his club situation.

On the train back to Copenhagen I started transcribing the quotes into a Bendtner interview and a contribution for a preview of the Denmark-Italy game. A shorter piece based on an Eriksen anecdote will appear before the Malta game.

Meanwhile, back in Stockholm, the reasons for Ibra’s media shyness became apparent. Zlatan has released an app, which promises to give a unique insight into his life.

That news was, of course, broken by a press release shortly before he was due to address a press conference. Needless to say, the app was brought up several times.

Having played their part in getting him to where he is, journalists are no longer needed in his world. He is now his own publisher.

Zlatan having his own channel to reach his fans is not an issue – he can do what he likes.

But what is a problem, and a serious one for the Swedish FA and Paris Saint Germain, is when he answers mixed zone questions after the 2-1 victory over Austria with the pithy response:

That the Swedish FA has slowly but surely throttled access to players – all the while producing more of its own material – is an adaptation of what club football has been doing since the start of the Premier League era.

The Swedish FA are not alone. The English and Irish FAs have been doing it for years, as controlling access is seen as a way of exerting control over journalists, and thus what they write.

Journalists are not innocent in all of this either. The press, in particular the more rabid commentators of the sports and tabloid press, have long made a blood sport of twisting quotes, bending them out of context and creating controversy where there is none, all for clicks and newspaper sales.

While the press corps has a lot to answer for, the solution is never to cut off access to those that fans want to hear from most – but nor is it to provide them with a stream of carefully-chosen content meticulously filtered to remove any semblance of objective journalism.

The future is to have a continued open dialogue, between journalists, fans, players and associations, to decide the ground rules and stick to them.

Only in an open society can we properly scrutinize and examine clubs, teams and players, but for that to be done we must have trust.

Both sides can start by examining themselves and seeing if they really are doing their utmost to objectively satisfy the needs of the people who are ultimately the only ones that matter – the fans.

This flick and score, in the most northerly game of Gaelic football ever played, is a seminal moment in the history of Gaelic games. It says little of where we have come from, but a whole lot about where we are going.

The first time I played with Amarilio Vasconcelos Mendonca – or Amo for short – was in Estonia this summer, as I made a guest appearance for his Oulu Elks side.

Having only played the game for four months his tactical understanding was a bit limited, but what wasn’t in doubt was his passion, skill and athleticism. Amo – like all the Elks – wants to win, and he wants to do it NOW.

He doesn’t want to hang around learning about blanket defences and tactical fouling. He wants to get the ball in his hands by any means possible, and fire points like this one – one of the most-watched GAA clips of the year.

Nor does Amo care that his kit doesn’t come out of the O’Neills catalogue, or that his team-mates haven’t got ten years of junior B football behind them. He is not weighed down by the burden of history and tradition that sometimes – often – holds us back.

All Amo wants to do is get on with it.

I wrote a book about starting a club here in Stockholm, but I’d almost be willing to bet that Oulu is an even more remarkable story. Not just for where they came from, but where they may take us.

European GAA is about to make another major step as Guernsey GAA take on a team from Carlow in the Leinster Intermediate club championship, but compared to the Elks, it leaves me cold.

It’s not that I don’t want Guernsey to succeed – I do.

But for those of us abroad, the future of Gaelic football and hurling is not in Ireland – it is in Europe, America, Asia, Africa.

It is wherever the Amos of this world allow their curiosity to be awakened, and they bring their skills to the game that used to be ours, but now belongs to the world.

Frankly, I don’t care if I never see a 15-a-side game in Europe. We have difficutly enough getting facilities and sponsorship as it is, so 15-a-side pitches with goals and nets are a long way off.

I’d much rather see the GAA and the rest of us accept that the way forward is the 11-a-side game that we currently play.

Amo and the Elks have shown us that it can be just as beautiful and passionate and enthralling as the 15-man game, and with four less players on the team it gives the likes of Amo more time on the ball.

And having seen what he can do in the few seconds of the above clip, who wouldn’t want to see more of that?