So apparently Clair Byrne Live is to be the latest to provide a platform to the self-proclaimed “alt-right”, presumably as some part of a “freedom of speech” segment designed to provoke a reaction, while blithely ignoring the consequences for Irish society.

I won’t be watching because we have already had a real live discussion about their supremacist values, and found them wanting.

The first part of it ended in 1945, with millions dead – killed because of their ethnicity, their sexual preferences, their religion.

Their “values” lived on in the form of apartheid and segregation, until they too were gradually and thankfully consigned to the scrapbooks of history.

I won’t be watching because human dignity and equality are not a matters for discussion – they are enshrined in the UN Declaration of Human Rights.

I won’t be watching because I don’t want to be part of the fact-free masturbatory fantasies about Muslim rape waves of white, male, emotionally stunted keyboard warriors.

I won’t be watching because I don’t believe that people fleeing from war and persecution should be painted as a threat.

I won’t be watching because I refuse to legitimise the language of their hatred.

I won’t be watching because I believe journalism is best served not by dragging these hateful cretins into the light, but by leaving them in the shadows where they have festered for so long, only to bloom when the lights of publicity were recently turned upon them.

I wont’ be watching for the same reasons I wouldn’t watch ISIS justify their murderous “caliphate” on the show, or Gary Glitter justify having sex with children.

I won’t be watching, because this “debate” about human dignity is already over, and they lost – and I am not prepared to offer the Nazis a chance to come in from the cold. 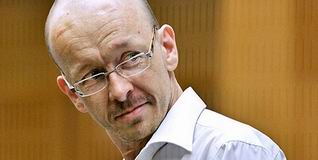