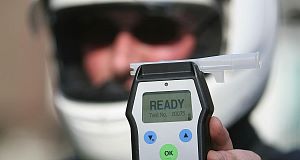 I usually try to be as balanced as possible, but for once I’m going to stick my neck out and say something controversial.

Ireland’s new drink-driving legislation is one of the most dangerous laws ever to be passed, as it cements the fact that drinking and driving is OK.

Implicit in it is that we have a right to drink and drive, and that the effects of alcohol change depending on your experience and even your job.

Now Minister Leo Varadkar won’t agree – no doubt convinced that he and his department have shown the wisdom of Solomon, he has denied that it’s combination of limits, fines and penalties is a soft touch.

You’ll hear a lot about how it “brings Ireland into line with the rest of Europe”, which is worth a closer look.

The Swedish level for a breath test – across the board – is 20mg of alcohol. In Ireland, that level only applies to professional, novice and learner drivers.

I cannot find any reasoning for that, most likely because there is none that stands up to scrutiny.

If you’re found with less than 50mg  in Ireland, you walk away scot free.

In Sweden, you literally walk away, as you lose your driving licence for around ten months and you get hit with a hefty fine.

In Sweden, that will get you at least a month in prison, as well as an even bigger fine.

The idea that drink affects learners and professionals differently is both stupid and discriminatory.

What is the logic behind allowing someone have a limit of 49mg today, only to reduce that to 19mg tomorrow if they get a job as a bus driver? The differentiation is an attempt to be seen to be taking the matter seriously, whilst ignoring the science..

Then there is the idea that a person unable to produce a driving licence should see them treated as a “specified deriver” – the same as a learner or professional driver.

This beggars belief. Not only can they not prove that they are competent to drive, they try to do somehting they are not qualified to do whilst drunk.

There is no compulsion for Irish drivers to seek treatment for alcohol problems either.

In Sweden, drivers are in no doubt – being over the limit at all means you lose your licence and get fined.

Believe me, it makes a difference.

You can argue all you like about personal freedom, the death of the pub trade, the poor farmers stuck on their farms with only a visit to the pub for company and the rest, but there is only one scientifically safe blood-alcohol level when driving, and that is zero.

This legislation is another attempt to appease the Irish people and tell them otherwise.

Varadkar (who admittedly didn’t design the legislation) would be better to bite the bullet and do it properly- his government will undoubtedly be shafted for turning into Fianna Fáil and following their austerity program, so he has nothing to lose.

Why not introduce proper legislation and put the drink-driving myths to bed for good?