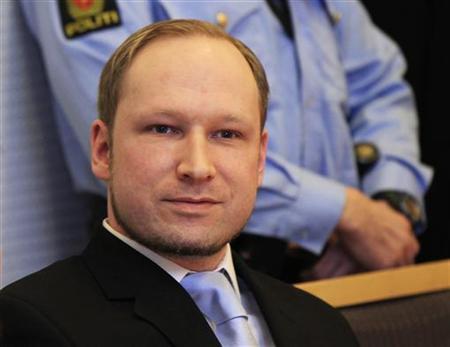 Having spent most of the night reading Anders Behring Breivik’s monocultural manifesto, everything is much clearer.

It is both easy and lazy to dismiss his actions of those of a madman – and many media outlets have already done so – but this only serves to further his cause.

Breivik’s actions in Oslo and Utoeya may be those of a madman, but they also amount to a bold play for dominance of the doctrine and dogma of the European far right.

In doing so, he is sending two messages – one to the vast majority of us, and the other to those who share his beliefs.

For those of us that recoil in horror from his actions, his racism, his fascist tendencies and his violence, his message is fear. He wants us to be afraid of the consequences of not following his path.

For those who agree with him, his message is inspiration and hope – he hopes that they will see his example and note that it can be done, if they follow his 1500-page manifesto that was nine years in the making.

But like Bin Laden, that is where he is wrong.

9/11 may have been the greatest “victory” in the history of radical Islam, but it also marked the beginning of the end.

For in poking the hornets’ nest, Al Quaeda provoked a retaliation that has been both comprehensive and brutal. Radical Islam as envisioned by Bin Laden is all but over.

So too with Breivik. What he hopes will be the first shots in the final battle with multiculturalism could well prove to be the first nail in the coffin of the hard-right ideology embodied by the likes of the Progress Party, the True Finns and the Sweden Democrats.

Whether he meant to or not, he has now become the focus point for Scandinavia’s hard right, and his actions will poison the waters for those who share some, if not all, of his ideas.

His writings betray his madness, his vanity and arrogance, but also an immense intelligence.

He has clearly thought about and planned this for a very long time, and the courage of his convictions is not in doubt.

But as with those he seeks to inspire, his problem is a democratic one. We do not recognise the picture of “Muslim occupation in Europe” that they try to paint, and we simply do not agree with what it is that they want to achieve.

After the massacre there is no doubt we are afraid. But we are not cowed. We will not be silenced.

We should not try to surpress his ideas or his writings, just as we have not banned “Mein Kampf” and other radical anti-democratic texts.

The only way to stop ideologies like the hatred preached by Breivik is to bring them out into the light, analyse them and try to understand where they come from. Only then can we show them up for what they are.

Only then can we begin to meet their baseless arguments and groundless fears head-on.

Only then can we teach our children that history’s biggest lesson for mankind is that hatred never produced anything worth having.

Despite the horrors of the last few days the Nobel Peace Price should be staying in Norway this year, and it should be given to prime minister Jens Stoltenberg.

For it was he that, amidst the sobs at the memorial service in Oslo’s Domkyrke this morning, showed us a glimpse of the future as he echoed the words of one of the survivors of Breivik’s massacre at Utoeya.

“If one man can show so much hate, imagine how much love we can show together”.